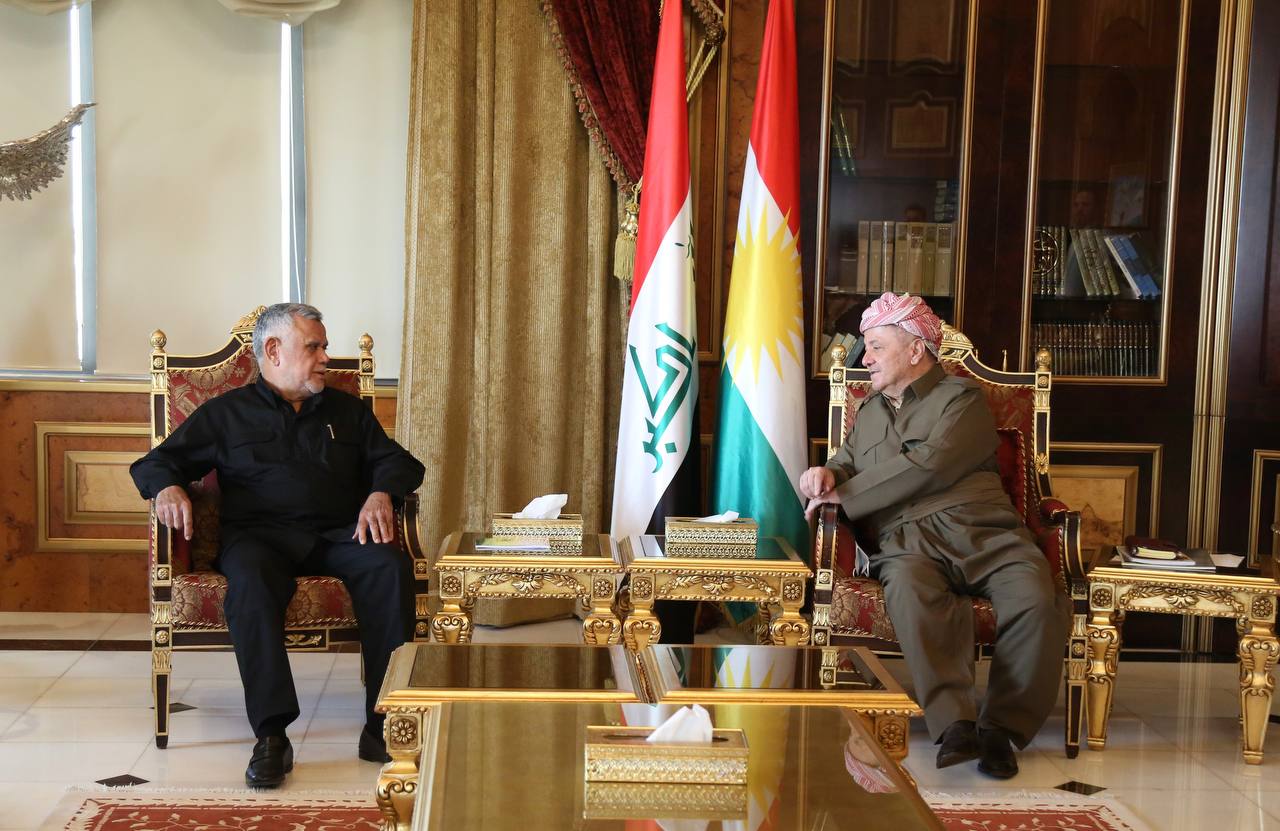 Shafaq News / The leader of al-Fatah coalition, Hadi al-Ameri, arrived in Erbil heading a delegation from the coordination Framework, on Sunday.

A source told Shafaq News agency that al-Ameri will meet the Kurdish leader Masoud Barzani, and other prominent Kurdish figures, to discuss the recent initiative he had launched earlier today.

al-Ameri is seeking to seize the initiative in talks to ease the political tension in Iraq, urging the influential parties to convene on negotiations tables amid rising tension on the streets.

A source told Shafaq News Agency that the Secretary-General of Badr Organization met with the leaders of Sunni parties in Baghdad yesterday and is scheduled to visit Erbil, the capital city of the Kurdistan region, later today.

"Al-Ameri will meet the Kurdish leader Masoud Barzani in Erbil today," the source said, "he is also working out a way to meet al-Sadr in the next few days."

Rival Iraqi factions took to the streets of Baghdad to call for a new government with supporters of religious scholar Muqtada al-Sadr demanding early elections and his opponents in the Coordination Framework saying the results of last October's poll should be honoured.

Thousands of al-Sadr's followers prayed outside parliament on Friday in a show of support for the populist leader who has called on the judiciary to dissolve parliament by the end of next week.

Hours later, supporters of Iran-backed groups opposed to al-Sadr rallied on the edge of the fortified Green Zone, where parliament and foreign embassies are located, insisting they should form the new government based on the October election.

Followers of al-Sadr stormed the parliament last month and have since been holding a sit-in outside the assembly building in the Iraqi capital.

The rivalry between the two sides shows the deep divisions within Iraq's Shiite community, which makes up about 60 percent of Iraq's population of more than 40 million people.

Al-Sadr, a populist leader who has loyalists running top government positions, has been a harsh critic of widespread corruption in the oil-rich country torn by decades of US-led war and subsequent violence, with a crumbling infrastructure, an impoverished majority, and a lack of basic services.

Al-Sadr, whose camp won the most votes in parliamentary elections last October, has not been able to form a majority government and after eight months of deadlock and jockeying with rival factions, he abandoned those attempts.

Members of al-Sadr’s parliamentary bloc resigned but instead of allowing his rivals — the Coordination Framework — to try and form a government, al-Sadr has demanded parliament be dissolved and early elections are held.