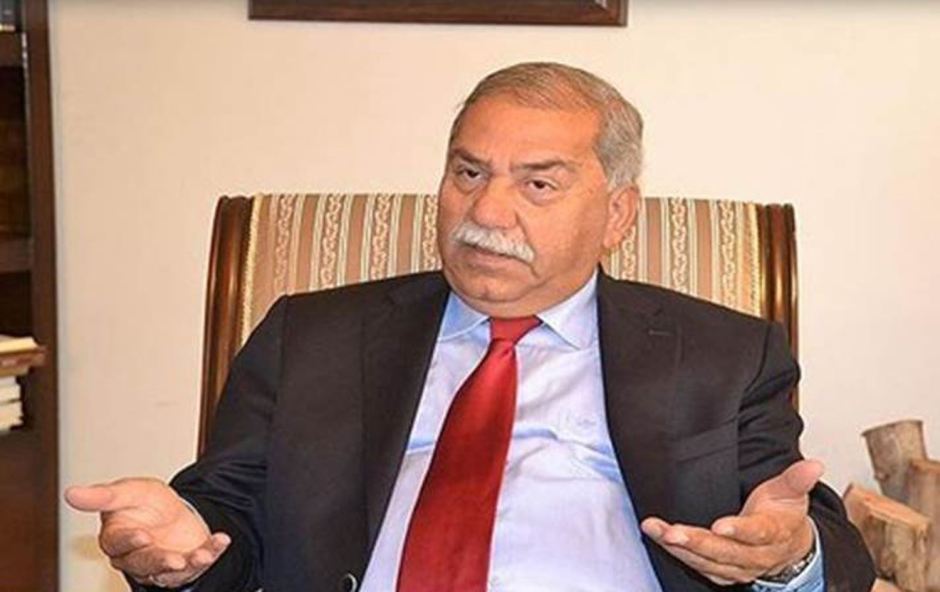 Shafaq News/ The Iraqi politician, former MP Mithal al-Alusi, confirmed today, Sunday, that he did not attend the "Peace and Reclamation" conference that promoted Normalization propaganda, warning that the Iraqi state is proceeding with "Iranian whims".

Al-Alusi told Shafaq News Agency, "I am not a participant in the conference because I am in Germany for treatment."

"The state must guarantee freedom of speech, human rights, and citizenship rights and refrain from promoting wars and conflicts."

Al-Alusi called for dissociating Judiciary from politics and "a national reconciliation that opens the door to living and life in lieu of arms and militias."

The Iraqi Judiciary issued arrest warrants against three figures for charges related to promoting normalization with Israel, a press release by the media office of the Supreme Judicial Council said on Sunday.

The Supreme Judicial Council said that arrest warrants against Wisam al-Hardan, the leader of the Sons of Iraq Awakening movement Wisam al-Hardan, Employee of the Iraqi Ministry of Culture Sahar al-Tai, and the former MP Mithal al-Alusi.

The Council said that similar legal proceedings will be initiated against other participants in the conference as soon as they are identified.

More than 300 Iraqis, including tribal leaders, called for a normalization of ties with Israel at a conference in autonomous Kurdistan organized by a United States think-tank, drawing a chorus of condemnation Saturday from Baghdad.

The first initiative of its kind in Iraq, a historic foe of Israel and where its sworn enemy Iran has a strong influence, the conference was held on Friday.

Earlier today, the spokesperson for the Kurdistan Regional Government (KRG), Jotiar Adel, said that Kurdistan is committed to the foreign policy of Iraq.

Adel tweeted, "The KRG was not made aware of the Center for Peace Communications (CPC) conference and was held without our approval or knowledge."

"The views of the conference do not reflect the views & policies of KRG," he added, "The KRG will take necessary measures to follow up on how this meeting was held."

Yesterday, Kurdistan's Presidency denied acknowledgment to the "Peace and Reclamation" (al-Salam and al-Istirdad) Conference that took place in the Region's capital city, Erbil, stressing that "Foreign Policy" is a prerogative of the Federal Government solely pursuant to the Iraqi Constitution.

"We reiterate that foreign policy positions, directions and issues fall under the authority of the Federal Government according to the Constitution, and the Kurdistan Region follows Iraq’s foreign policy entirely," the Presidency said.

The President's office urged" all Iraqi parties and sides not to lose sight over this issue as we all await the outcome of an investigation carried out by the Kurdistan Regional Government’s Ministry of Interior."

Kurdistan's Ministry of Interior on Saturday announced its outright rejection of calls made to normalize ties with Israel during a conference a day earlier in the Region's capital city, Erbil.

Iraq’s federal government rejected the conference’s call for normalization in a statement on Saturday and dismissed the gathering as an "illegal meeting".

The conference "was not representative of the population’s [opinion] and that of residents in Iraqi cities, in whose name these individuals purported to speak," the statement said.

The office of Iraq’s President Barham Saleh joined in the condemnation.

Powerful Shiite cleric Moqtada Sadr urged the government to "arrest all the participants", while Ahmed Assadi, an MP with the ex-paramilitary group Hashed al-Shaabi, branded them "traitors in the eyes of the law".

Tribal dignitaries from al-Anbar expressed discontent toward their fellow tribespeople who attended Friday's "Peace and Reclamation" conference, disowned them, and accused them of high treason.