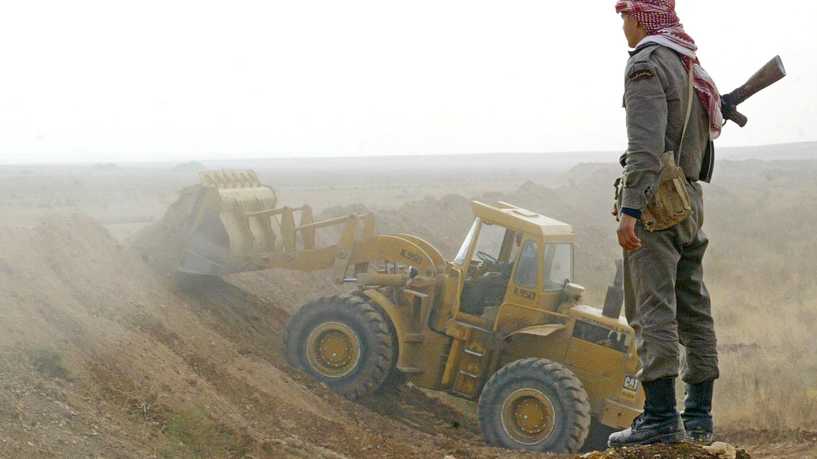 Shafaq News / The Deputy Secretary-General of "Al-Abdal" movement, one of the armed factions fighting in Iraq and Syria, and close to Tehran, Kamal Al-Hasnawi, revealed today, Thursday, the fact about training factions on the Iraqi-Syrian borders by Hajj Askar, one of the leaders of the Guard Iranian Revolutionary.

Al-Hasnawi told Shafaq News agency, "The news and media reports that talked about training of factions on the Iraqi-Syrian borders Hajj Askar are incorrect, and they are rumors that carry political goals.”

He stated that "the aim of these rumors is to try to push the Iraqi government to confront some factions, under the pretext that they operate outside the state and carry out illegal actions, and this is not true, as these factions are with the state."

The Deputy Secretary-General confirmed that "the armed factions are trained and equipped, and they do not need any new training operations, and they are ready for any battle with the occupying forces or terrorist groups."

Earlier, Syrian opposition media reports stated that the Iranian Revolutionary Guard had organized, during the past few days, field military training for elements in the city of Albu Kamal, east of Deir Ez-Zor.

According to Syrian opposition sources, "Haji Askar" is a 51-year-old Iranian, and he is the military official in charge of the pro-Iranian factions located on the Iraqi border, and his mission requires supervising their training in the Badia region.

Iraqi flights to and from Iran resumed starting tomorrow