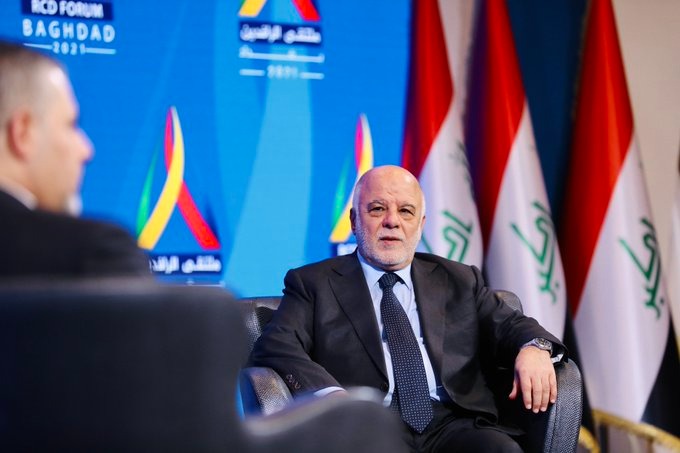 Shafaq News / The head of the victory coalition, Haider al-Abadi, said today that the region is on the verge of major collapses, and correcting relations is the only way to overcome the crisis.

Al-Abadi said in a speech he delivered during his participation in the Al-Rafidain Forum, "common interests based on supporting sovereignty are the best solution to maintain Iraq's security without relying on other parties."

"We were offered to introduce foreign forces on the ground to fight ISIS, but we refused," adding, "I entered a real battle to end the corruption of the army during the war of liberation and was able to rely on real leaders to fight ISIS and change the reality."

Regarding the upcoming elections, Al-Abadi indicated, "I was the first to call for early elections. Clashing with protestors back in October was a dangerous matter that resulted in hundreds of martyrs."