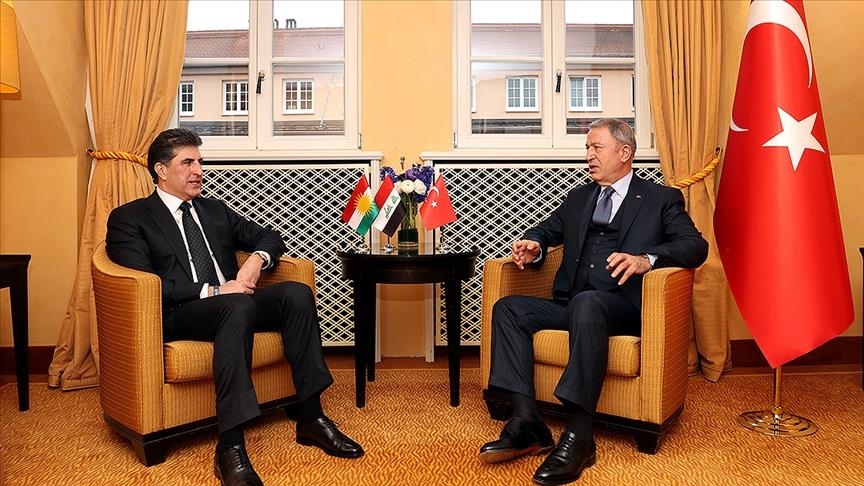 “I have very clearly told them: We have been fighting [against the PKK] for 40 years. We now need to get rid of this as soon as possible. We reminded them of our principle that wherever terrorists are, that is our target,” Akar told reporters in Munich on Feb. 20.

Turkey will continue its fight against all sorts of "terrorist organizations" until it secures its borders and protects the safety of the country and its citizens, Akar said, stressing that the Turkish army’s continued cross-border operations should not be seen as a disrespect to the neighboring countries.

“To the contrary, we want to be helpful to them. We are exerting efforts for establishing order, calm, and peace by eliminating terror elements,” he stressed, informing that his Iraqi interlocutors also agreed on this

principle. “We are all on the same page in the fight against terror and getting rid of it as soon as possible.”

Fuad Hussein from Rome: Iraq's sovereignty is a red line

President Barzani: we managed to find common ground to resolve the political impasse in Iraq

Kurdistan’s President meets with the head of Al-Nasr Coalition