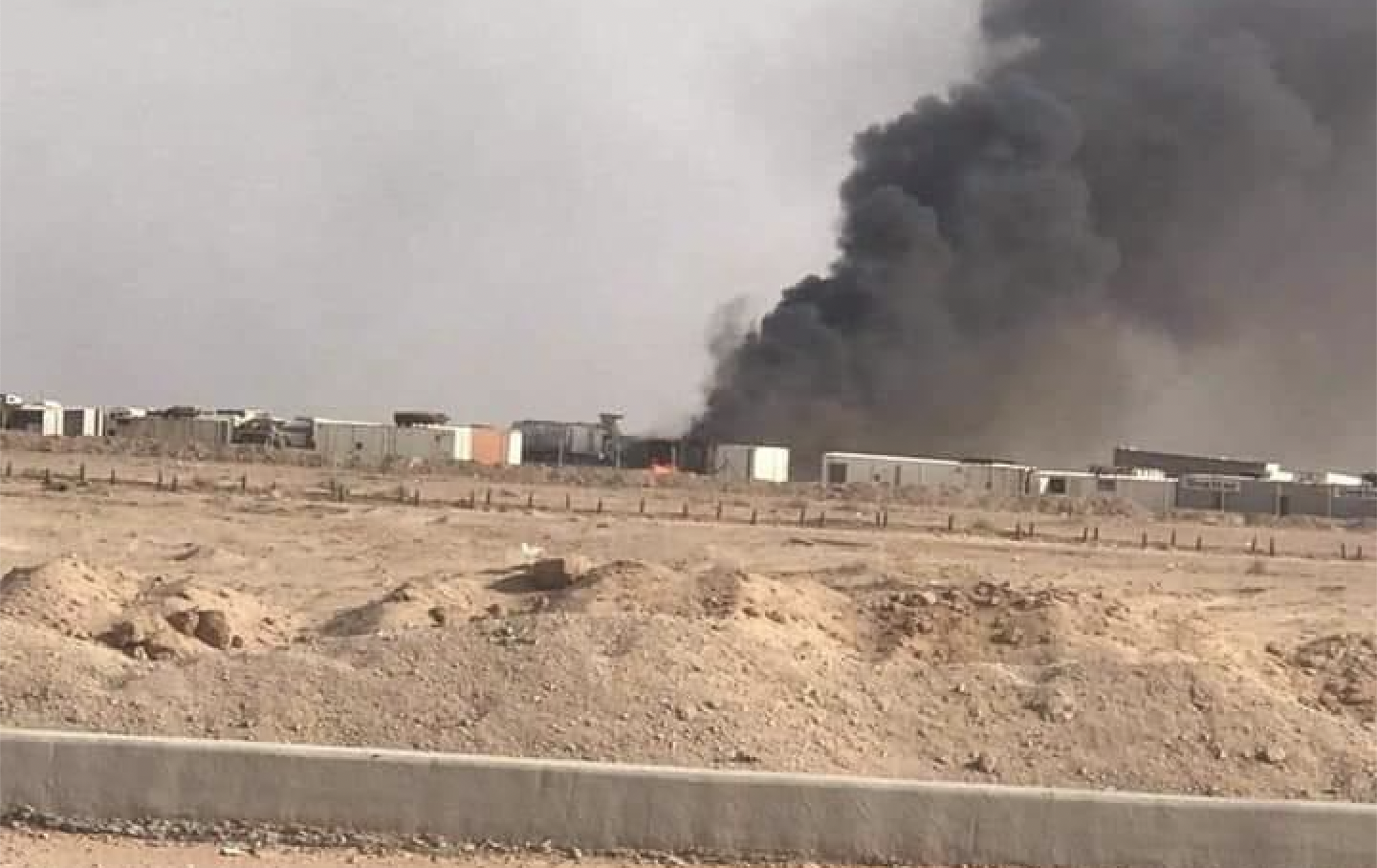 Shafaq News/ The Imam Ali brigades, which is affiliated with al-Hashd al-Shaabi, said that the explosions that rocked one of its ammunition depots were caused by two airstrikes launched by an unidentified drone.

The division said in a statement that a drone bombed one of the ammunition depots in Al-Duyouk camp at 3:30 pm, before it re-targeted the same camp at 5:30 pm.

The statement pointed out that there was a reconnaissance operation since the early hours of this morning before targeting the mentioned camp, adding that more details will be disclosed later on.

For his part, a security source told Shafaq News Agency a residential complex on the outskirts of Najaf city was damaged due to the explosion.

Earlier today, a source in the Civil Defense told Shafaq News agency that massive explosions occurred today in an ammunition depot on the outskirts of Najaf, south of Iraq.

He added that the explosions are continuing and the fire is catching and reaching more military equipment.