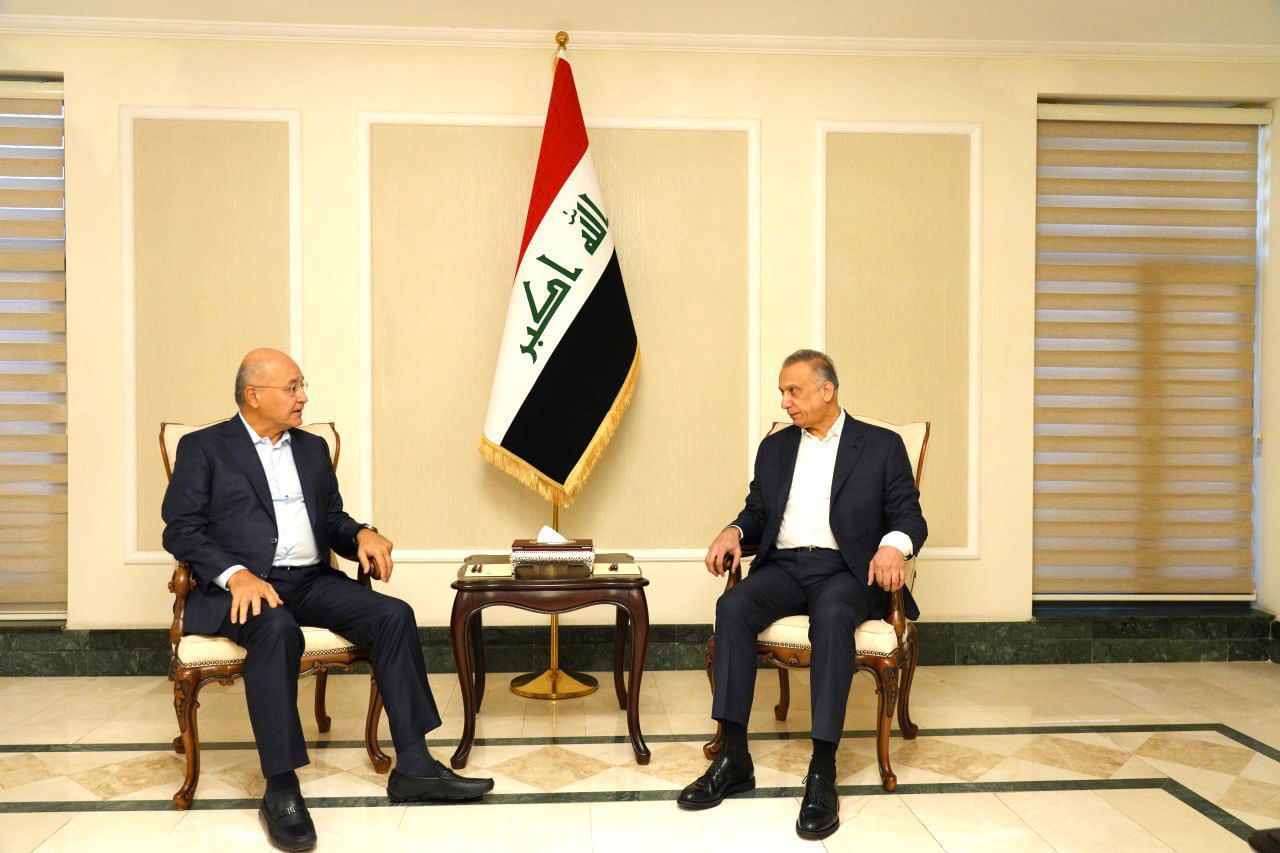 Shafaq News/ The President of the Republic of Iraq, Barham Salih, met with the Prime Minister, Mustafa al-Kadhimi, in the aftermath of the drone attack that targeted his residence inside the heavily fortified Green Zone earlier today, Sunday.

According to a readout issued by his office, President Salih denounced the "cowardly terrorist attack" that aims to undermine Iraq's security and stability.

Al-Kadhimi, for his part, said that he will "continue to implement reforms at every level and protect the constitutional and legal courses."

Another press release by the Prime Minister's bureau said that he received a series of phone calls from the leaders of neighboring countries who condemned the "coward attack" on his residence.

The leaders expressed their country's solidarity with Iraq, endorsement of its security and stability, and support to Al-Kadhimi's endeavors for reform and confronting terrorism.