After the Americans leave, there will be no weapons on the street, Al-Amiri says 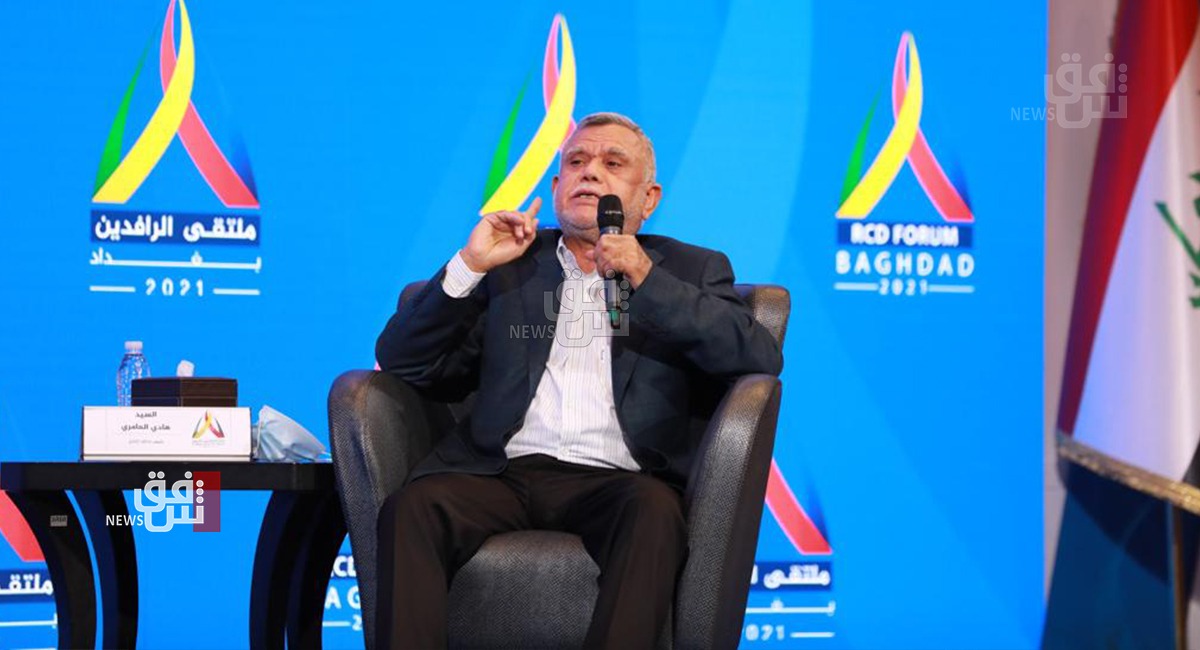 Shafaq News/ The Head of the Fatah Alliance, Hadi al-Amiri said, on Tuesday, that the Iraqi Prime Minister "made a mistake" by arresting the leader of the Popular Mobilization Forces (PMF), Qassem Musleh, pledging to contain the "uncontrolled" weapons once the US forces withdraw at the end of 2021.

During the Al-Rafidain Center for Dialogue forum, Al-Amiri said, "the factions are not against the state, nor government departments... Qassem Musleh is part of the PMF. The government made a mistake by arresting Musleh without telling us... Al-Kadhimi's decision was wrong, and he had to inform us."

Al-Amiri said about the presence of US forces in Iraq, "All foreign forces' presence must be ended by the end of this year...After the Americans leave, there will be no weapons on the street, and if a weapon appears, I will bear responsibility."

Al-Amiri: approving the borrowing law will not affect the Kurdish-Shiite relations

Al-Amiri criticizes the "lack of political willpower to save Iraq"