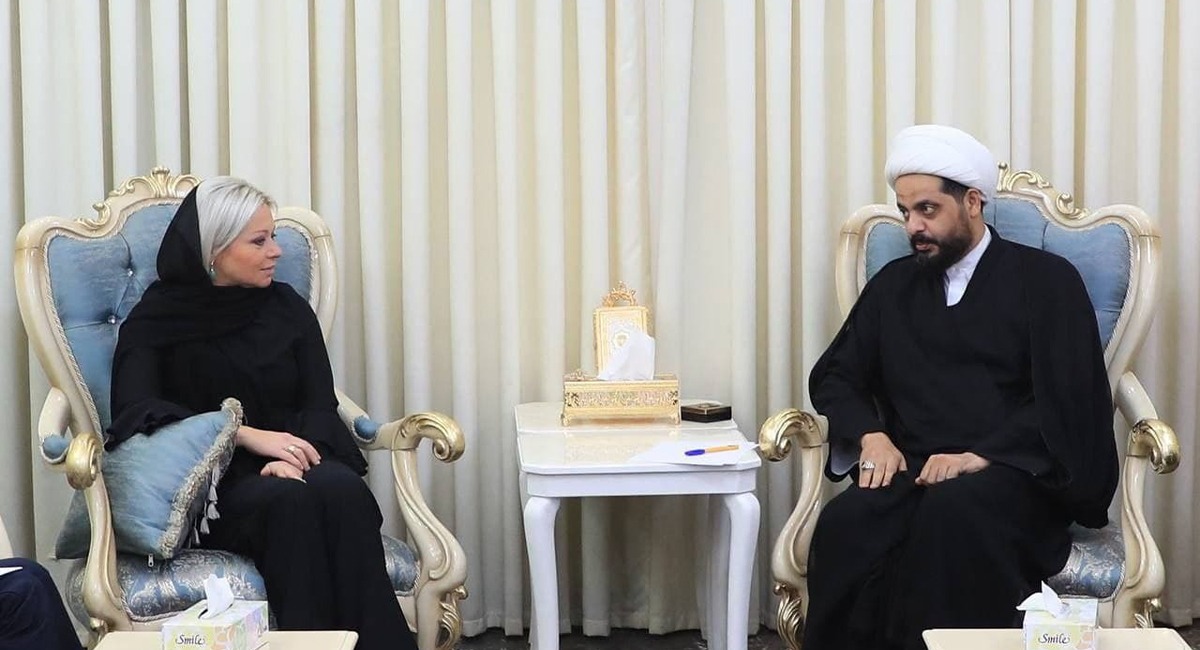 Shafaq News/ The leader of the Asa'ib Ahl al-Haq, Qais al-Khazali, hosted the Special Representative of the Secretary-General for the United Nations Assistance Mission for Iraq (UNAMI), Jeanine Hennis-Plasschaert, earlier on Monday.

The meeting comes after a series of statements made by leading figures of al-Fatah bloc, which al-Khazali's movement is affiliated to, accusing Plasscchaert of exerting pressure on the Independent High Electoral Commission (IHEC) and tampering with the election results.

According to a readout issued by his office, al-Khazali discussed with his guest an array of issues of mutual interest; at the forefront the polls results and their repercussions.

"Sheikh al-Khazali presented in details evidence about the fraud and rigging that accompanied the election results," the readout said.

The leader of Asa'ib Ahl al-Haq movement criticized UNAMI for releasing a statement recognizing the election prior to the announcement of the final results and asserted that the Coordination Framework will pursue the legal procedures to challenge them.

For her part, Plasscchaert promised to proactively scrutinize the evidence provided by al-Khazali and continue cooperation to resolve the impasse, according to the statement.

Al-Khazali calls on CF supporters to end their protest

Al-Khazali: the assassination attempt against al-Kadhimi was planned by the US