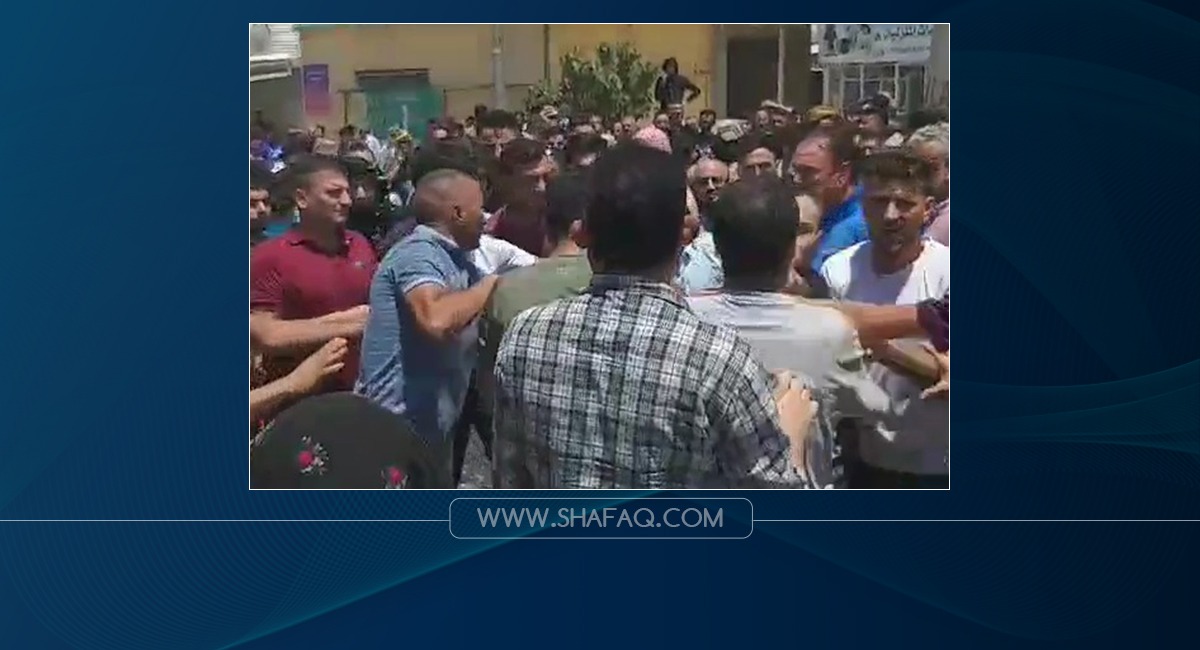 Shafaq News/ Infuriated locals from the sub-district of Sunouni engaged in a brawl with members of the Ezidxan units in the aftermath of a Turkish drone attack on a site of the PKK-loyal Yazidi paramilitary group, a source revealed on Wednesday.

The source told Shafaq News Agency that a quarrel between the locals and the militiamen near a site of the Ezidxan units escalated to a fistfight, after which the locals proceeded with removing and burning posters and banners of the group in the main streets of the sub-district.

Earlier today, a person was killed and four others were injured in a drone attack that targeted a residential area in the sub-district of Sunouni, Sinjar.

A source told Shafaq News Agency that the death toll is subject to rise due to some critical cases among the injured persons.

On Wednesday morning, Unmanned Aerial Vehicles (UAVs), suspected to be Turkish, executed four airstrikes on a site of the Ezidxan units and the council of Sunouni, causing damages to the residential units nearby.

Yazidi lawmaker Vian Dakhil held the Kurdistan Workers Party (PKK) full responsibility of the attack, calling on the federal and regional governments to proceed with implementing the Sinjar agreement.

"Once again, Sinjar is being bombed by Turkey because of the PKK presence and insistence on staying in Sinjar despite the local, regional, and international calling for respecting the pain of the people of Sinjar and helping them recover from displacement after the catastrophe that afflicted them due to the terrorist invasion of ISIS in 2014," she said.

"The Turkish bombing has caused, and still causes, human and material losses among defenseless civilians, and while we call for the need to respect Iraqi sovereignty, we strongly reject the PKK's presence in Sinjar," she continued.

Dakhil urged the international community "to exert pressure on Baghdad or the PKK to leave the people of Sinjar alone.. They can no longer endure the daily pressure, displacement, and destruction."

The lawmaker called on the Iraqi government to cooperate with the Kurdistan Regional Government to implement the Sinjar agreement because "it is the only way to restore security, stability, and repatriate the displaced people."