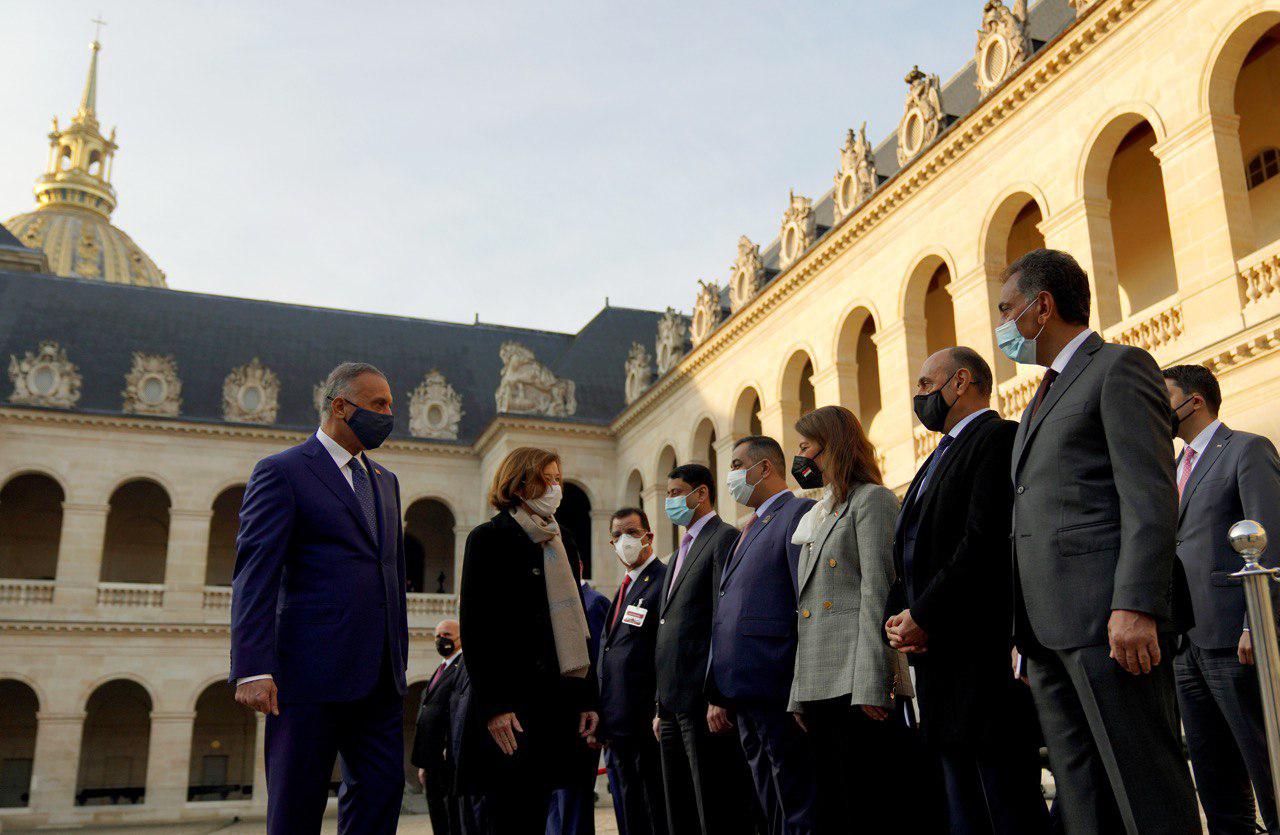 Shafaq News / Iraqi Prime Minister Mustafa Al-Kadhimi concluded a 24-hour official visit to France and took off to Germany, the second stop of his European tour.

Iraqi government spokesman, Ahmed Mulla Talal, said in a tweet, "During a fruitful 24 hours in Paris, Prime Minister Mustafa Al-Kadhimi met with French President Emmanuel Macron, and held meetings with the French government, after which he held A special meeting with major French companies, and he is now on the way to Berlin".

PM Al-Kadhimi left on Sunday evening for Paris at the start of the first European tour by the Iraqi prime minister since he took office last May.

Al-Kadhimi directs to close all PMF offices at airports