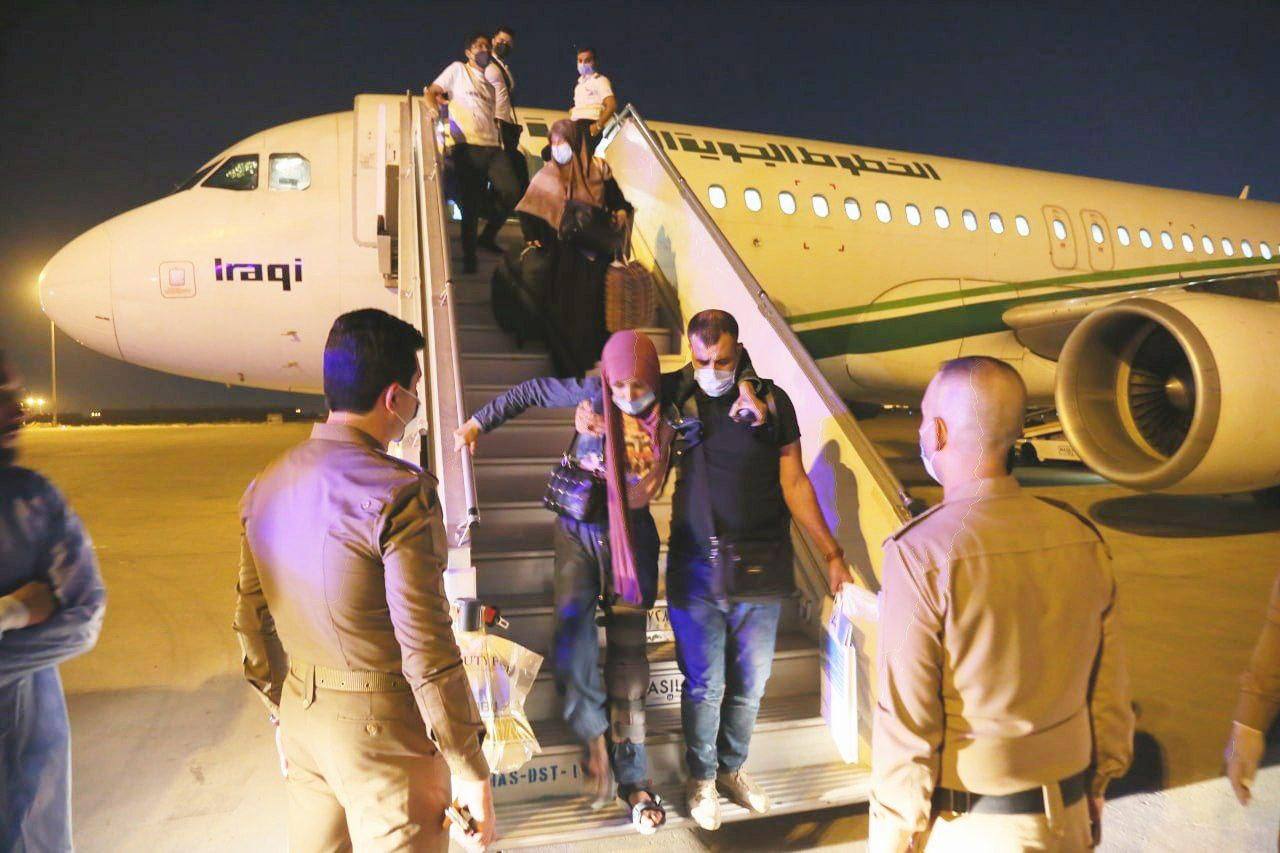 Shafaq News/ The Ministry of Transport-the General Company for Iraqi Airways announced today the arrival of about 169 Iraqi citizens to Iraq who were stranded in Indian.

The general manager of the company, Kifah Hassan, said in a statement, "With the arrival of the seventh evacuation flight, the total number of those who were transported onboard our air fleet from India to Iraq will be about 1,838."