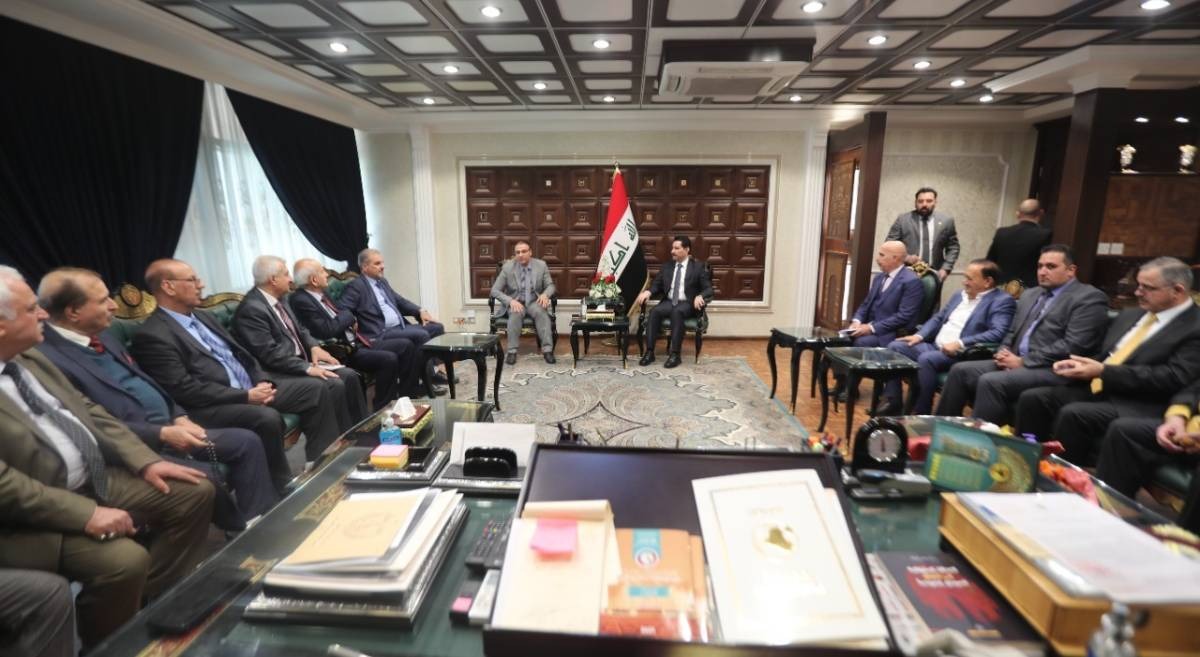 Shafaq News / The Deputy Speaker of the Iraqi Parliament, Shakhwan Abdullah, said today that Fayli Kurds are a prominent community that played a major role in the Kurdish revolutionary movement.

Abdullah's office said in a statement that the latter received in his office in Baghdad today, a Fayli delegation, headed by Ali al-Fayli, an advisor to the President of the Kurdistan region for the Fayli Kurds affairs.

The meeting discussed the Fayli community's conditions in Baghdad, middle and southern governorates, stressing the need to support them and help them recover their properties.

Shakhwan indicated that the Faylis have suffered a lot during Saddam Hussein's era, noting that they were murdered, forcibly displaced, and affected by the Anfal campaigns, according to the statement.

"We will support the Fayli Kurds and benefit from their experience and skills in state departments, following-up on the decisions of the Iraqi criminal court regarding the Faylis' case, redress this community, reduce the damage and end their suffering", Abdullah said.