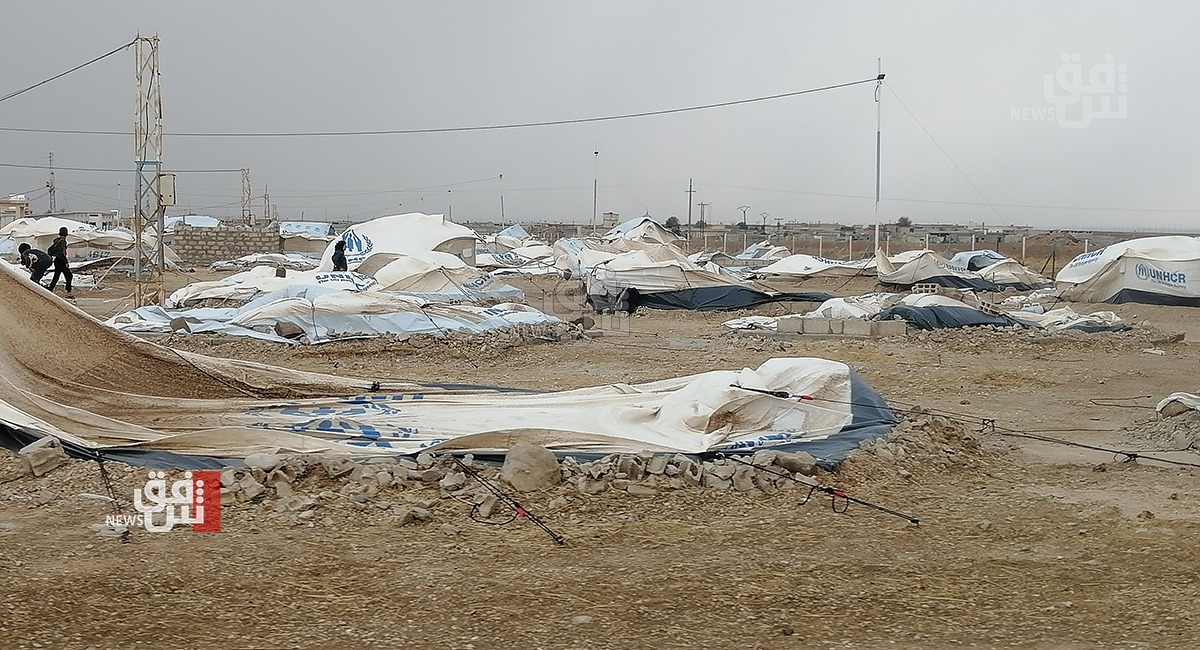 Shafaq News/ A sandstorm accompanied by high-speed winds and rain showers hit the cities and regions of north and east Syria yesterday.

The storm caused a power outage and several towers were out of service, according to the Energy Authority of North and East Syria.

Nowruz camp for the displaced of Serêkaniyê (Ras al-Ain) and Tel Tamr was not spared from the sandstorm, which ruined the refugees' tents.

Dijla Hassan, director of Nowruz camp in Derik, told Shafaq News Agency; "The sandstorm caused serious material damage to the IDPs camp, as 95% of the tents were ruined."

"As an administrative body in the camp, we have re-installed the tents in the late evening hours, in cooperation with the camp's residents," she said.

Nowruz camp, one kilometer east of Derik, is inhabited by 565 families who were displaced from Serêkaniyê (Ras al-Ain), Tel Tamr, and the tension areas. More than 2,750 people fled seeking a haven away from the continuous Turkish attacks.

“Militia” groups operating in Iraq and Syria posed some of the greatest security threats, US report

Iraq to extend a fence on land borders with Syria