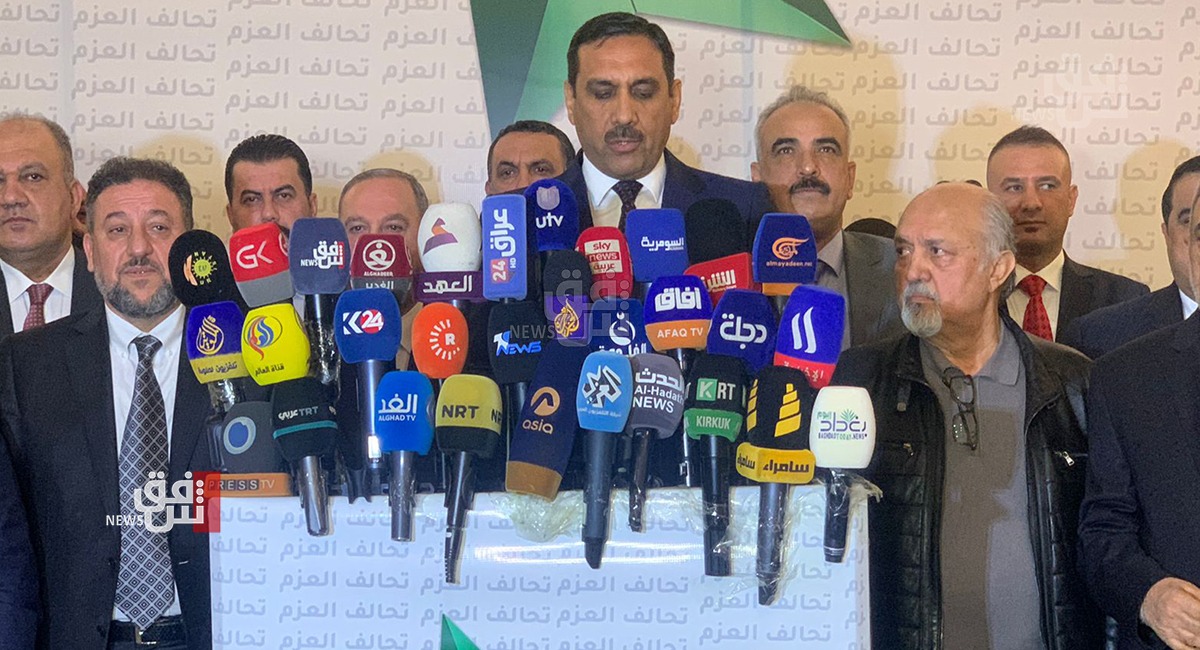 Shafaq News/ al-Azm alliance and four other blocs who secured seats in the upcoming parliamentary lineup combined to form a common bloc, spokesperson to the new coalition said on Thursday.

The newly formed coalition encompasses winning candidates from al-Azm, Determination (Hasm) for Reform, the Masses (al-Jamaheer) bloc, the Arab alliance of Kirkuk, and members of the National Contract (al-Aqd al-Watani).

The leading figure of al-Azm alliance, Salem al-Issawi, said in a press conference held in the Iraqi capital, Baghdad, that the coalition representing the Sunni territories in Iraq includes 34 winning candidates.

"The coalition seeks to establish a true participation in running the authority and the state, reconsider the policies that dedicated the political, security, and economic monopoly and the consequent crises and problems."

Al-Issawi said that the new coalition has chosen the leader of al-Azm, Khamis al-Khanjar, to run the negotiations on behalf of its members regarding the making agreements and alliances, naming the three heads of the state, and choosing the members of the upcoming government.