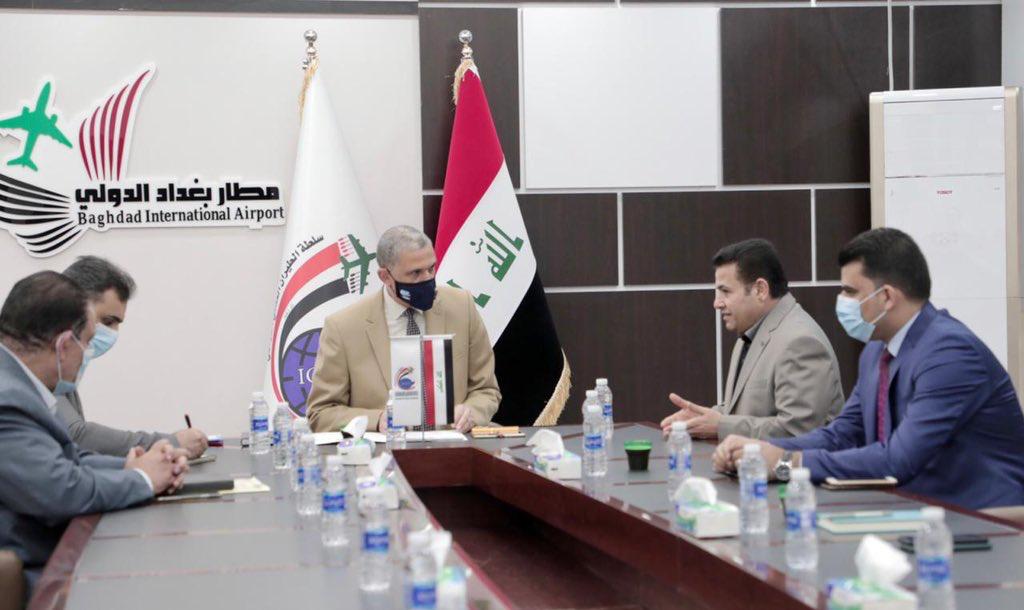 The Border Crossing Authority's media department said in a statement, "the meeting followed up the measures taken to activate the recommendations of the Supreme Committee for Airport Security, according to the special decision 16, approved by the Prime Minister, Mustafa Al-Kadhimi. Those recommendations include evacuating the airport of offices that does not have a description, prohibiting people and vehicles from entering airports without a job status and official approvals, and imposing the rule of law and state prestige without prejudice to the airport campus".

Earlier on Thursday, Al-Kadhimi issued a directive to close the National Security and Al-Hashd Al-Shaabi offices at airports.

Al-Kadhimi: some parties exploited religious and national slogans to serve their political agendas

Withdrawing confidence from Al-Kadhimi is a possible option, MP says