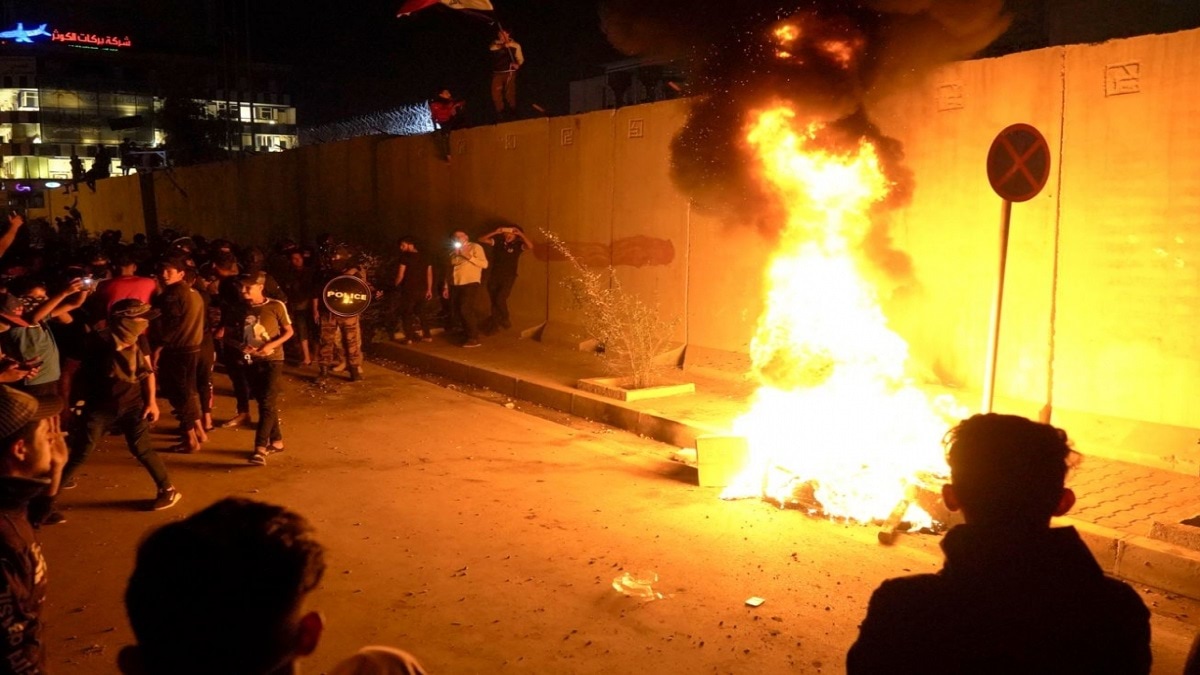 Shafaq News / The security authorities in Karbala decided to refer Major General Muhammad Jaber, director of intelligence in the governorate, for investigation, against the backdrop of the demonstrators' attempt to storm the Iranian consulate building.

A security source told Shafaq News Agency that the decision came after the authorities decided to form an investigation council against a police chief and director of intelligence and terrorism in Karbala after the incident.

Protestors set the vicinity of the Iranian consulate building in Karbala on fire, following the assassination of activist Ihab Al-Wazni.

Video clips and photos showed dozens of protesters gathering and burning tires near the building.

Earlier today, two unidentified individuals riding a motorcycle gunned down al-Wazni in front of his home situated on the street of al-Haddad in the city center.

Ihab al-Wazni, the Responsible for the Coordination of the protests in Karbala, is known in most circles that oppose corruption and mismanagement and call for the limitation of Iran's influence and armed groups around Iraq.

Since the outbreak of the "October Revolution" protests in 2019, Iraq has witnessed numerous assassinations, kidnappings, and threats against the organizers of the protests.

Following the killing of al-Wazzani, demonstrations took the streets of Karbala, Nasiriyah, and al-Diwaniyah in southern Iraq.