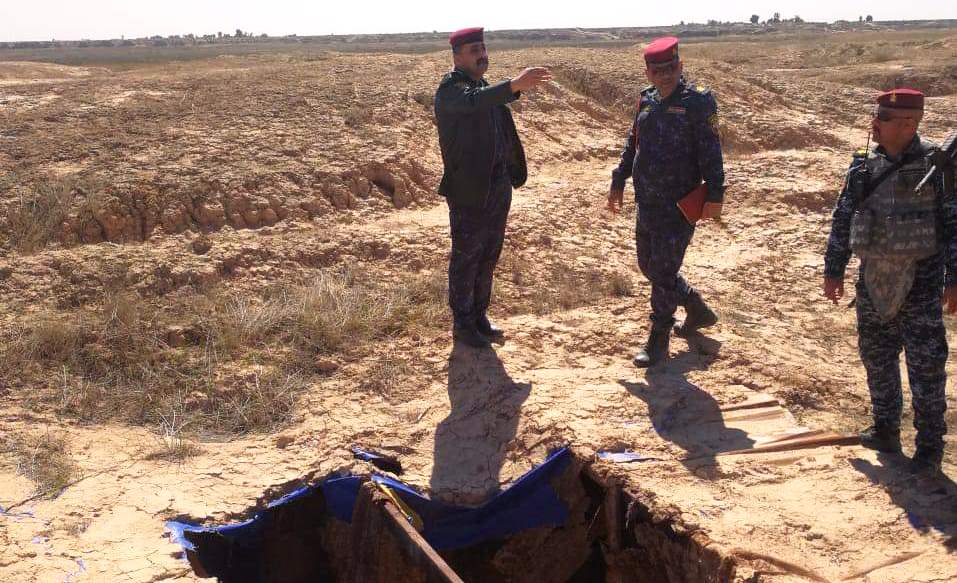 A press release by the spokesman of the Commander-in-Chief of the Armed Forces, Major-General Yahya Rasool, said, "a force from the third brigade, fourth division/ Federal Police, carried out an inspection operation in the areas Samarra, Diyala, and Saladin near Hawi al-Azim."

Rasool added that the security forces uncovered a hideout in which they found a dead body, Katyusha rocket, and a drone.