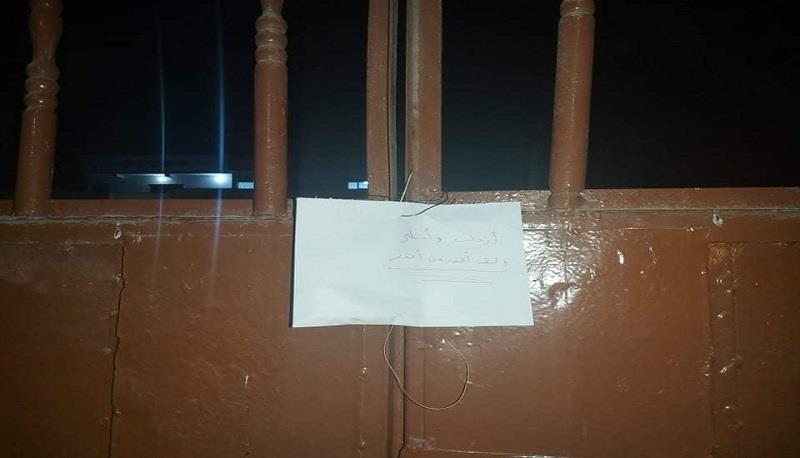 Shafaq News/  Anonymous death threat letter with a bullet enclosed in the envelopes have been sent to a candidate running for the parliamentary elections in Kirkuk.

A leader of the Kurdistan Islamic Movement, Hasan Sheikhani, who is running for the elections as an independent candidate, said in a statement to Shafaq News Agency that the letter was found pinned to his residence's main gate in al-Qadisiyah neighborhood in Kirkuk.

Sheikhani said that the threatening entities want to discourage him from running for the elections, which he will continue to do despite the threats.

A security source said that the security forces are investigating the incident, indicating that the complaint filed by Sheikhani was forwarded to the court.

The leader of the Kurdistan Islamic Movement, Irfan Abdul Aziz, said that his movement will refrain from running for the elections scheduled for October 10 later this year.

In a press conference held today, Thursday, Abdul Aziz said that the movement took this decision in light of "several factors" after deliberating the situation keenly.

Abdul Aziz said that the main reason behind this decision is "electoral rigging", adding that what happened in Iraq in the previous elections is unmatched, "even in Africa".

"Iraq is not a state anymore. It is an arena to settle international conflicts, while, regionally, the countries that control the parties in Iraq can do whatever they want."

Al-Dawa party-Iraq Organization said it will not participate in the early legislative elections this year, expressing concerns about repeating the scenario of the previous elections.