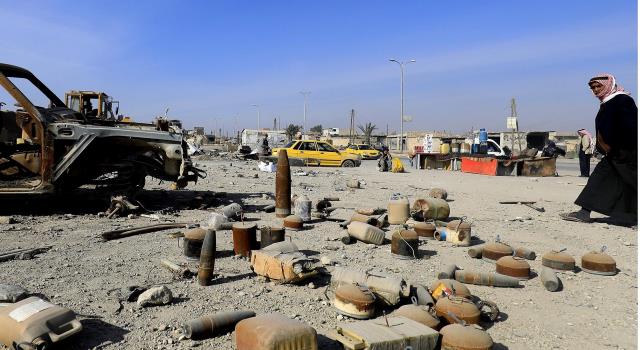 Shafaq News / An official security source said on Wednesday that 8 civilians were wounded due to a projectile explosion from the ISIS military remains north of Mosul, the capital of Nineveh governorate.

The source told Shafaq News that at least 8 civilians were wounded by a projectile from ISIS in al-Rashidiya area, north of Mosul.

The source pointed out that the projectile was in the midst of a fire that civilians were burning without knowing its existence, indicating that the injured people were cleaning workers working for an international organization.