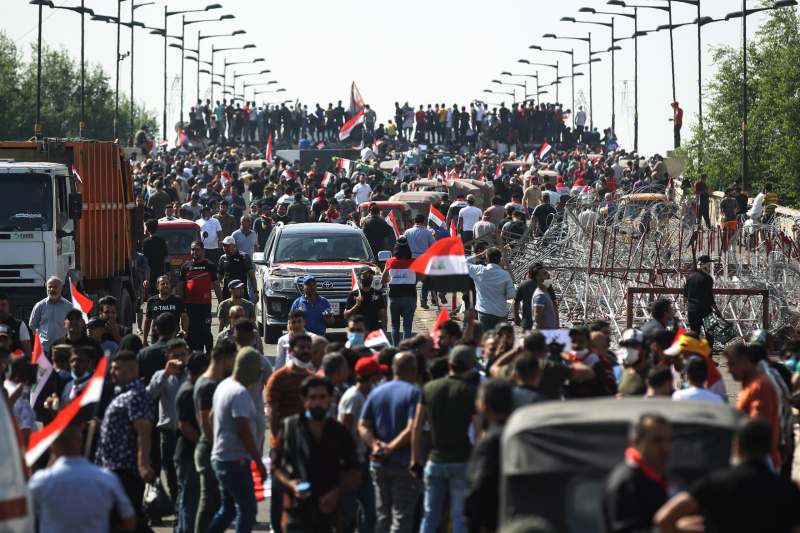 Shafaq News/ The Iraqi Human Rights Commission reported on Monday that five demonstrators were killed in the capital Baghdad, while Iraqi officials confirmed 100 wounded in clashes with police forces in central Baghdad, after thousands of students flocked to the streets.

Videos posted on social media showed security forces firing tear gas at students in a Baghdad neighborhood as protests spread to other pockets of the capital. Other recordings also showed a group of female students running and screaming.

Students in five other provinces, mostly in the south, joined the protests, with students in Karbala and Basra stating their voices against corruption and the Iraqi government, shouting "with spirit and blood we will defend  Iraq."

Thousands of all colleges and schools gathered in Maysan province opposite the governorate building.

Earlier on Monday, Baghdad Operations Command called on faculty and parents not to let students in the demonstration yards, after thousands of students from different universities and schools took the streets to demonstrate for the fourth day in a row.

At least 74 Iraqis have been killed and hundreds wounded since Friday, according to the Iraqi Human Rights Commission, noting that most of the injuries were gunshot wounds as a result of clashes between protesters and party headquarters protection.