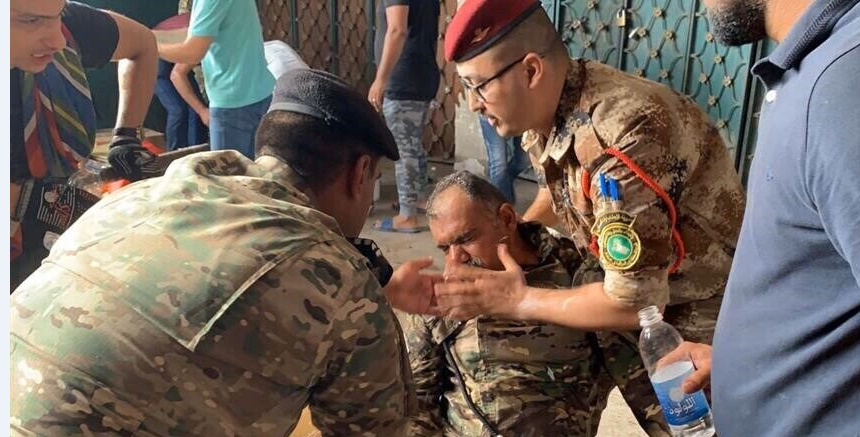 Shafaq News / The spokesman for the Commander-in-Chief of the Armed Forces, Major General Yahya Rasool, announced on Sunday that 32 officers and members of the security forces had been injured after being targeted by demonstrators with hand grenades in Baghdad.