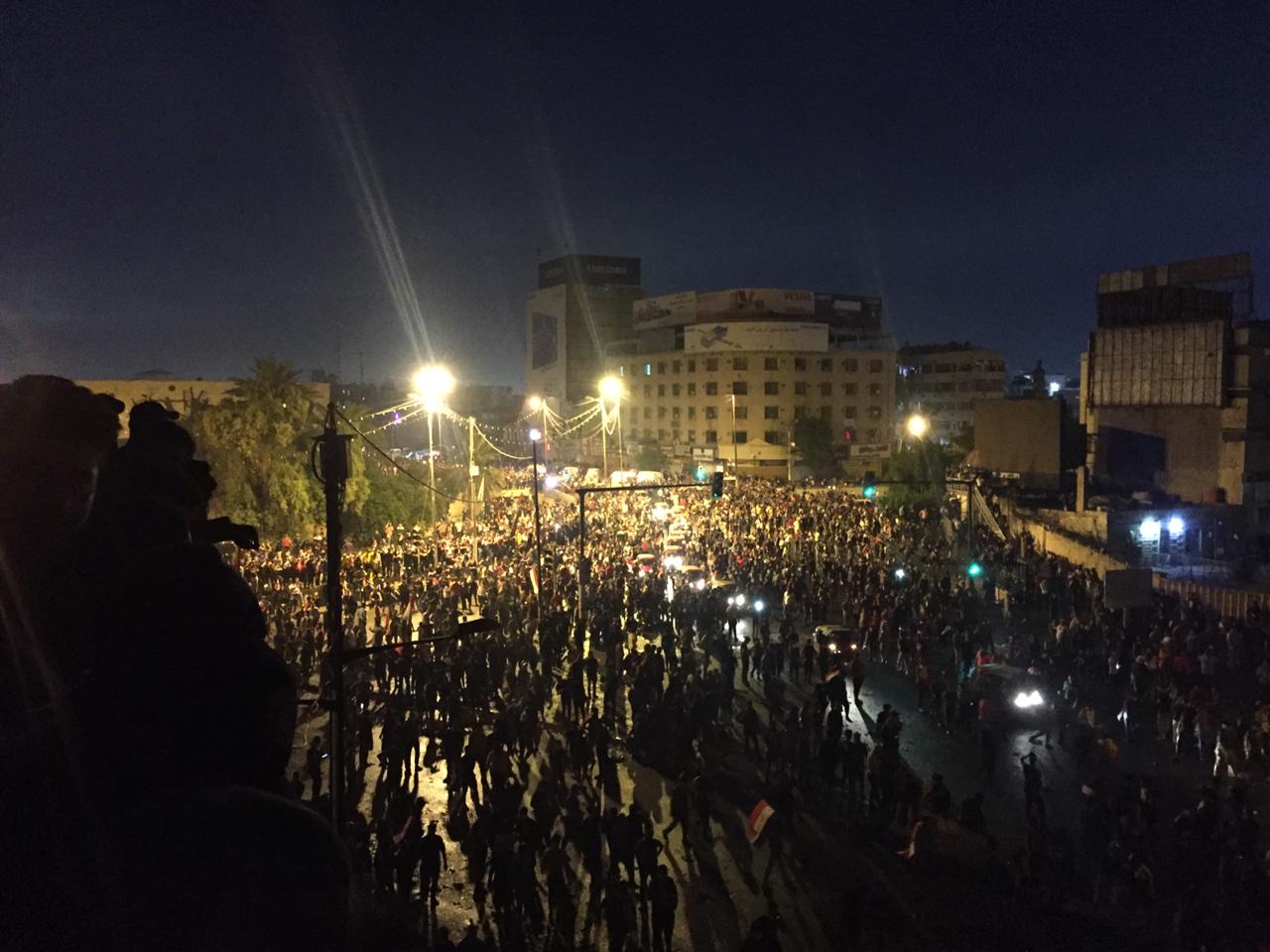 Shafaq News/ The Iraqi High Commission for Human Rights (IHCHR) announced on Friday that it has documented the killing of dozens and injuring hundreds of demonstrators in the capital Baghdad and a number of southern provinces.

IHCHR said in a statement today that the death toll of demonstrators rose to (30) in clashes between security forces and the protection of parties’ headquarters as demonstrators rate is: Baghdad (8 killed), Maysan (9 killed), Dhi Qar (9 killed), Basra 3 killed), and Muthanna one killed.

The statement noted that 50 government buildings and party headquarters were burned and damaged in Diwaniya, Maysan, Wasit, Dhi Qar, Basra and Babylon provinces, and the declaration of a curfew in the provinces of Dhi Qar, Basra, Muthanna and Wasit.

IHCHR called on all demonstrators to maintain the peaceful demonstrations and not to damage public and private property and call on security forces to preserve the lives of the demonstrators.

An Iraqi officer killed by drugs gang in Basra