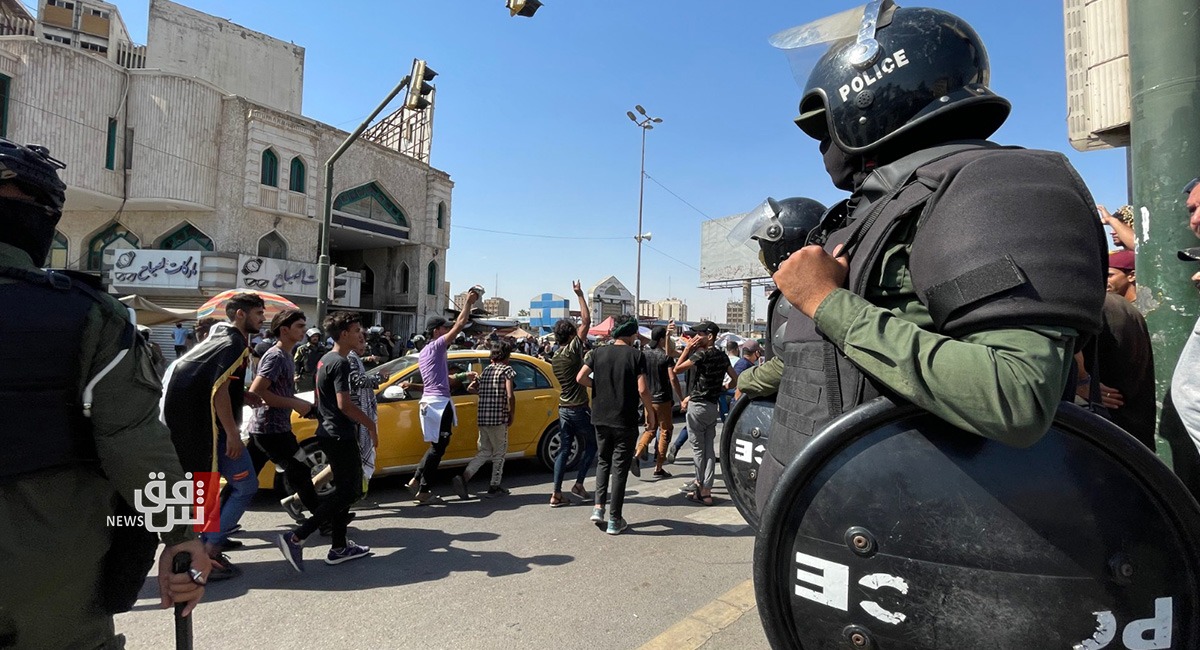 Shafaq News / A medical source revealed that a protestor was killed and 23 others were wounded in al-Tahrir Square in Baghdad.