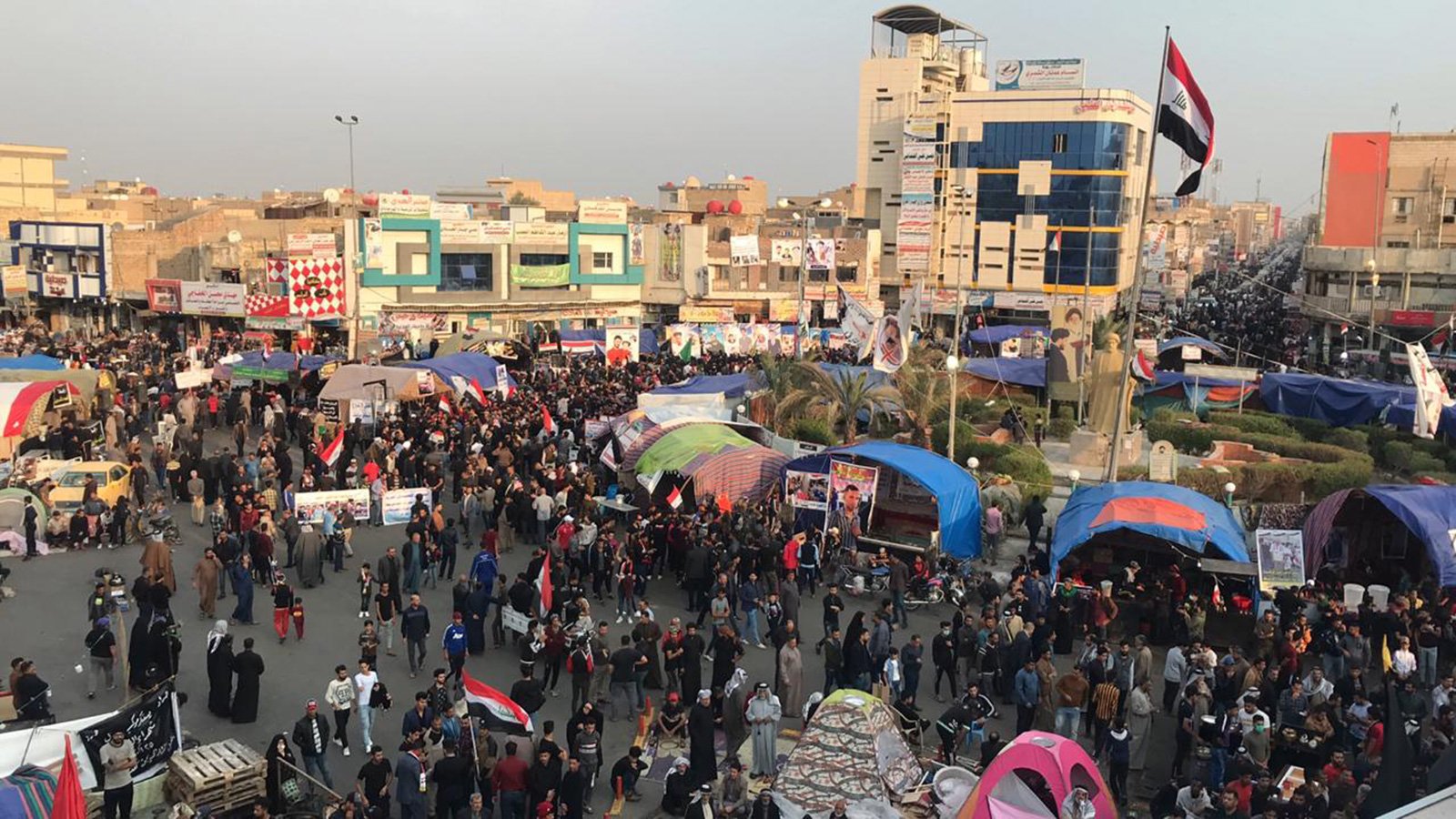 Shafaq News / Security and medical sources reported on Friday that two protestors were killed and tens were injured in the clashes that took place between supporters of the Sadrist movement and demonstrators in Al-Haboubi Square in Nasiriyah, southern Iraq.

Earlier on Friday, a Video published by activists on social media on Friday showed clashes between supporters of the Sadrist movement and Tishreen protestors in Al-Haboubi Square in the center of Nasiriyah, southern Iraq.

Furthermore, a security source told Shafaq News agency that protestors' tents in the square were burned.

Shafaq News agency reporter in Baghdad said that the Sadrist movement’s supporters went to the sit-in squares in the early hours of this morning to organize a demonstration and hold Friday prayers, in response to the call of the close associate of Sadr, Saleh Muhammad al-Iraqi, as part of the early promotion of the upcoming elections.