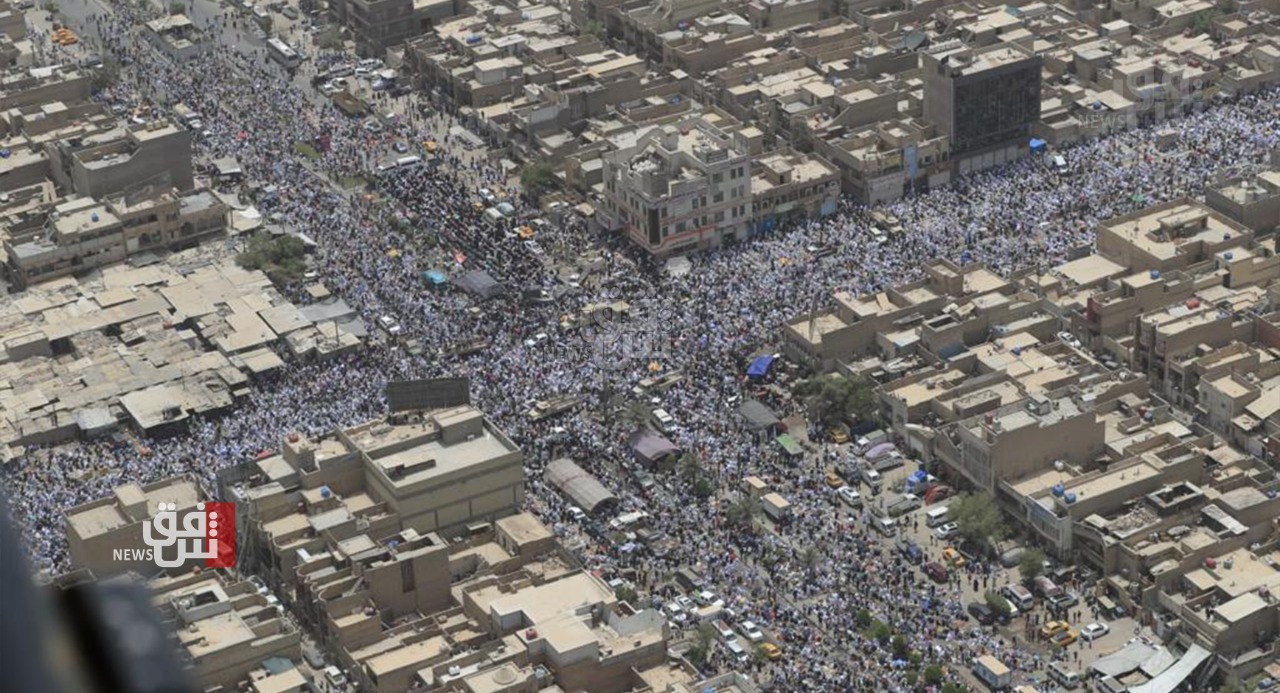 Shafaq News/ More than 2.5 million people have attended the mass Friday prayer service called for by the powerful Shiite cleric Muqtada al-Sadr, a source from inside the committee organizing the event said, highlighting a major success for its security and logistic preparations.

"Not a single security breach has been reported thanks to a high-caliber cooperation between al-Salam companies (Saraya al-Salam) and the security forces," the source told Shafaq News Agency, "certain parties attempted to blemish the service and undermine the size of the crowds on social media."

"More than 2.5 million people attended the event. Dozens of fainting cases were reported due to the high temperature of the weather," the source added.

Earlier today, followers of Moqtada al-Sadr arrived in the capital from across the country, filling up al-Sadr City's al-Falah Street — the main thoroughfare that cuts across the populist figure's key bastion of support. Worshippers carried Iraqi flags and wore white shrouds, typically donned by his supporters.

The event was considered a show of force from the cleric who's party won the highest number of seats in the October national elections but withdrew after failing to form a government with Sunni and Kurdish allies in Iraq's cutthroat power-sharing system.

Followers stood under the scorching sun and chanted religious slogans. Al-Sadr's representative, Sheikh Mahmoud al-Jiyashi, read aloud a speech from the cleric during the service that reiterated calls to disband armed groups — an indirect reference to Iran-backed Iraqi militia groups affiliated with his rivals.

In a tweet on Thursday ahead of the prayer, al-Sadr said the choice to protest was up to his followers.

“I support them if they want to stand up for reform,” he wrote. Many considered that a veiled threat to his rivals.