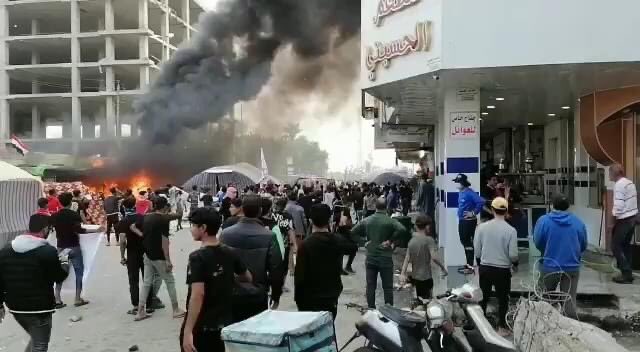 Shafaq News / a Video published by activists on social media on Friday showed clashes between supporters of the Sadrist movement and Tishreen protestors in Al-Haboubi Square in the center of Nasiriyah, southern Iraq.

Furthermore, a security source told Shafaq News agency that protestors' tents in the square were burned, pointing out that at least 10 injuries were recorded as a result of clashes between supporters of the movement and demonstrators.

Sadrist movement reveals the "form" of its electoral list

The Sadrist welcomes the political work with independents