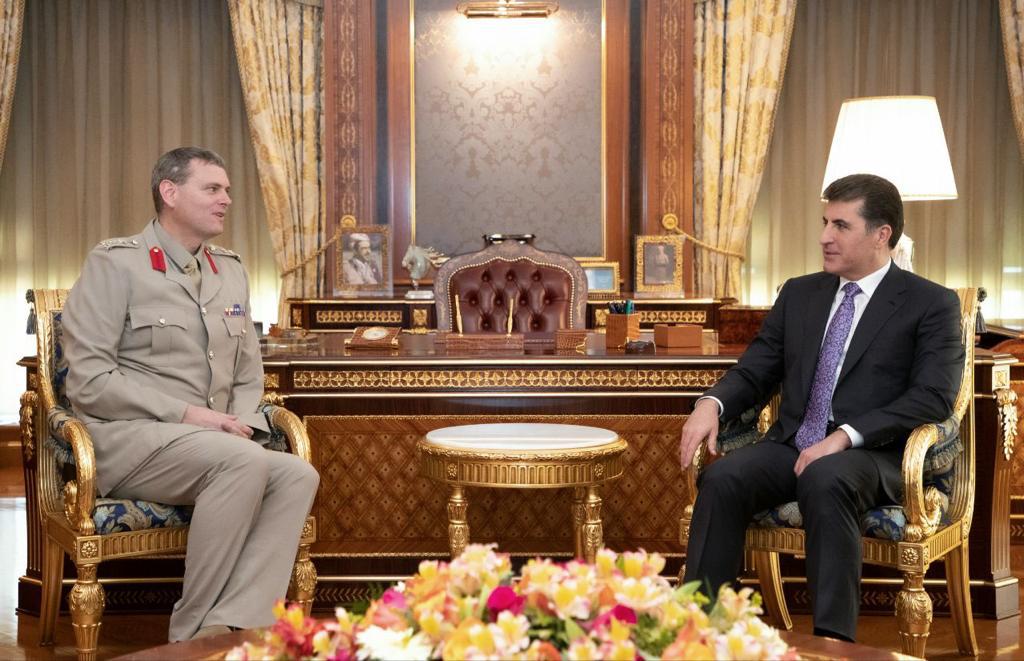 Discussions focused on the latest developments in the fight against terrorism and the threats posed by ISIS in Iraq and Syria. Cooperation and coordination between the Peshmarga and Iraq’s army and the mission of the International Coalition against ISIS were underlined.

President Nechirvan Barzani appreciated the support from the Global Coalition in the fight against ISIS and reiterated the importance of Coalition’s training of the Peshmarga forces.

Brigadier Richard Bell commended the partnership and cooperation of the relevant authorities in Iraq and the Kurdistan Region with the Coalition forces and referred to the importance of coordination and cooperation between the Peshmarga and Iraq’s army in the fight against ISIS.

The need and significance of partnership and coordination among Iraq, the Kurdistan Region and the International Coalition to eliminate ISIS and secure peace and stability in the country and the wider region were stressed.