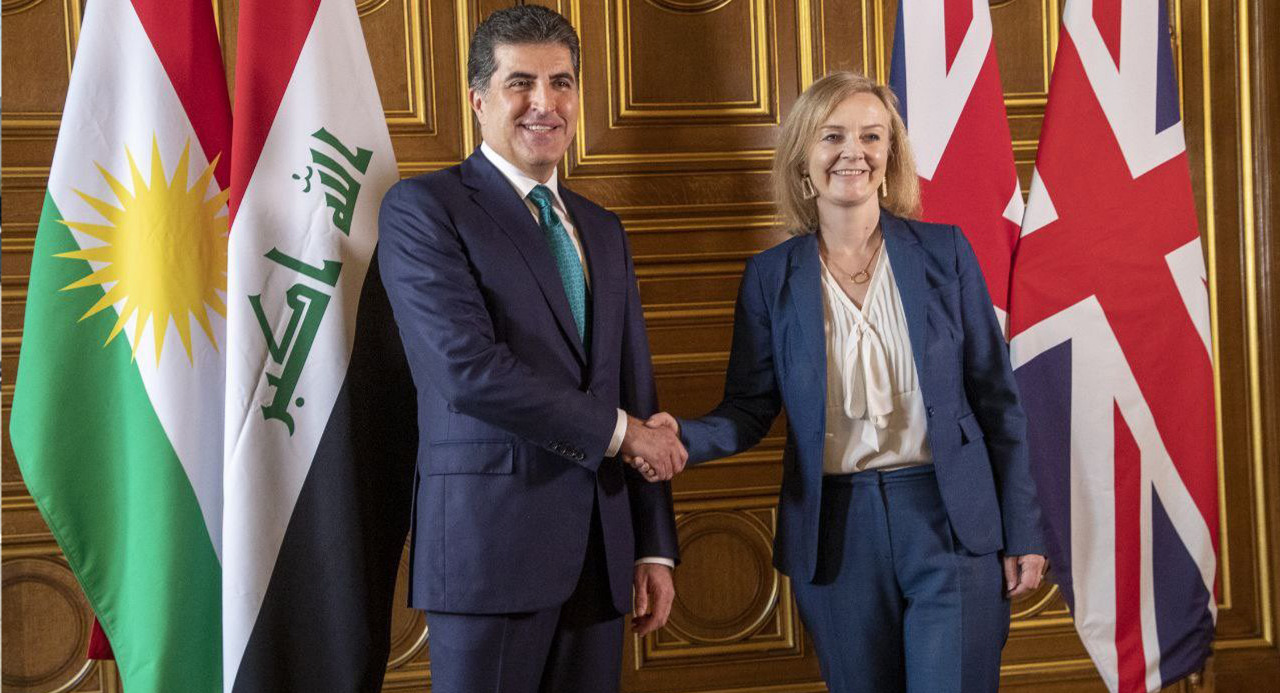 "I met with the new UK foreign secretary Liz Truss for her first meeting as Britain’s top diplomat and congratulated her on her new position," Barzani said.

"We discussed ways to further improve our strong bilateral ties, UK’s support to KR, regional stability, along with other pressing issues," the President of Kurdistan added.

President Barzani arrived yesterday in London on an official visit. According to a press release issued by the Region's Presidency, Barzani's meeting in UK's capital includes the British Prime Minister, Boris Johnson, Secretaries of Foreign Affairs and Defense, and other English bureaucrats.