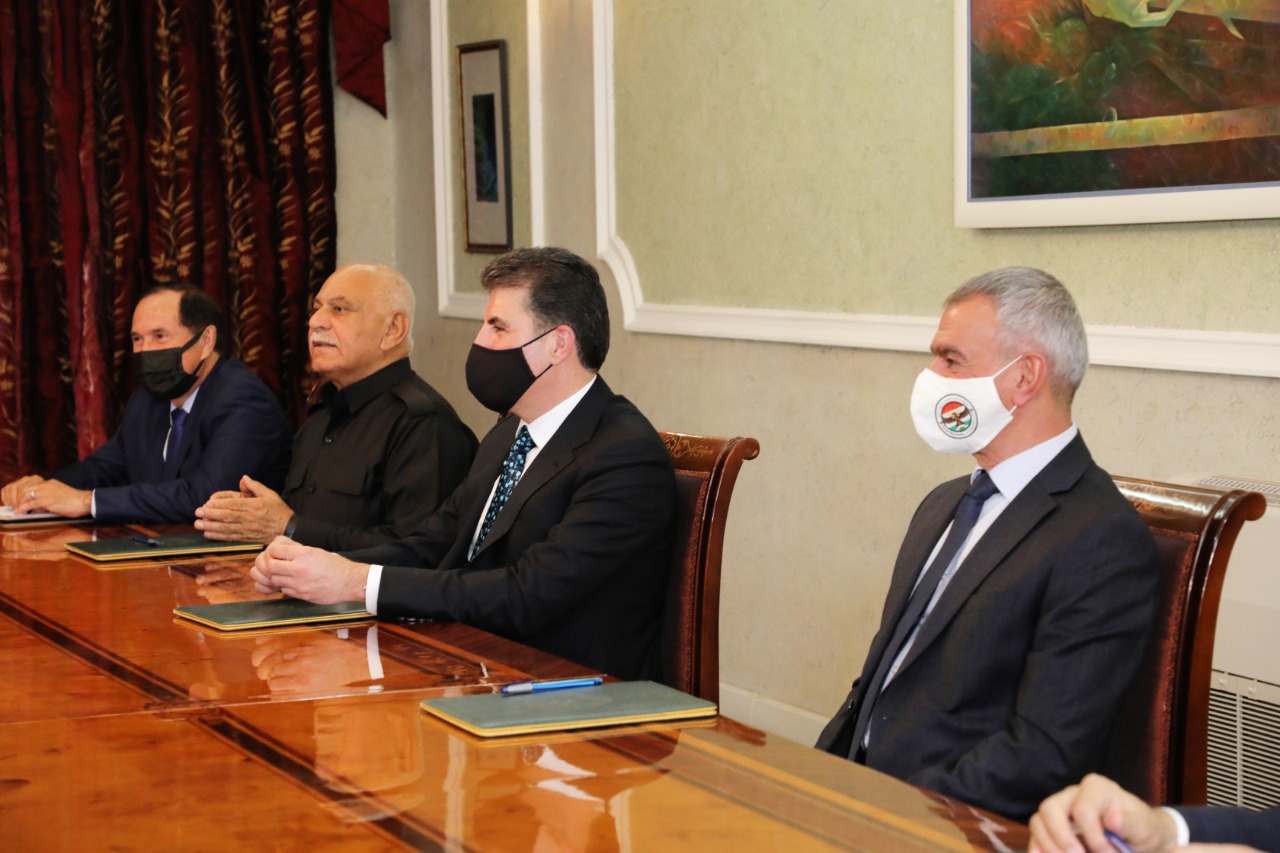 Shafaq News/ The President of the Kurdistan Region, Nechirvan Barzani, held a meeting with the co-chairs and the leadership of the Patriotic Union of Kurdistan (PUK).

According to a readout issued by the Kurdistan Presidency, said that President Barzani highlighted the importance of joining the efforts of all the components and the political forces and parties in Kurdistan to protect and maintain the Supreme interest of the Region, appraising the role and the status of the PUK and its influence in the political process, governance, and Unity in Kurdistan and Iraq.

The co-chairs of the PUK reiterated the full support of their party to President Barzani's endeavors to eliminate the differences and bring together the Kurdish forces and communities, expressing their readiness to provide the necessary support within a framework for cooperation and coordination among all parties.

The meeting touched upon establishing a constitution for the Kurdistan Region, Baghdad-Erbil differences, and the upcoming legislative elections, among an array of issues of mutual interest.