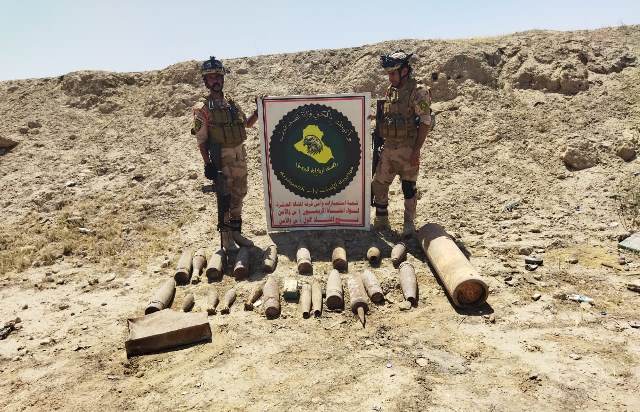 In a statement, the cell said that accurate information provided by the Military Intelligence Directorate at the Ministry of Defense confirmed the existence of a rocket launchpad and bombs in Tal Afar and Hatra, west of Nineveh.

The statement indicated that the bomb squads safely detonated them.