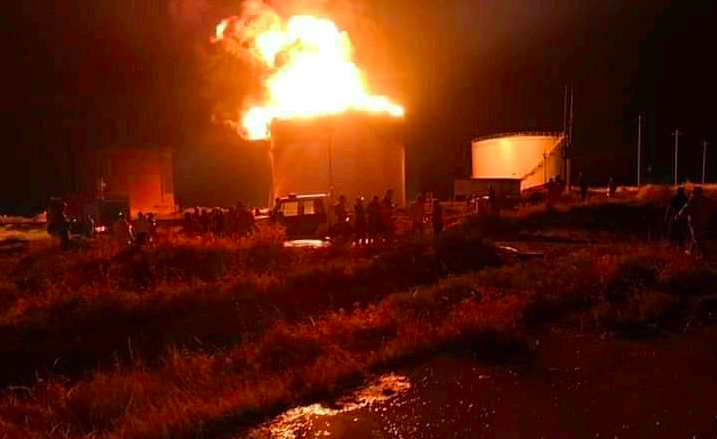 Shafaq News / A security source said on Wednesday that a fire broke out in a 5 million liters' crude oil tank in Al- Qayyarah refinery in Nineveh Governorate.

The source told Shafaq News agency that a Thunderbolt ignited fire in a five million-liter crude oil tank in Al-Qayyarah refinery. The source added that four giant tanks are located next to the tank in which the fire broke out, which might escalate to a disaster if the flames reach them.

Thirteen firefighting teams were deployed to extinguish the fire according to the source.

Al-Qayyarah refinery is one of the most famous and oldest refineries in Iraq, as it was opened in 1950 by English oil companies.