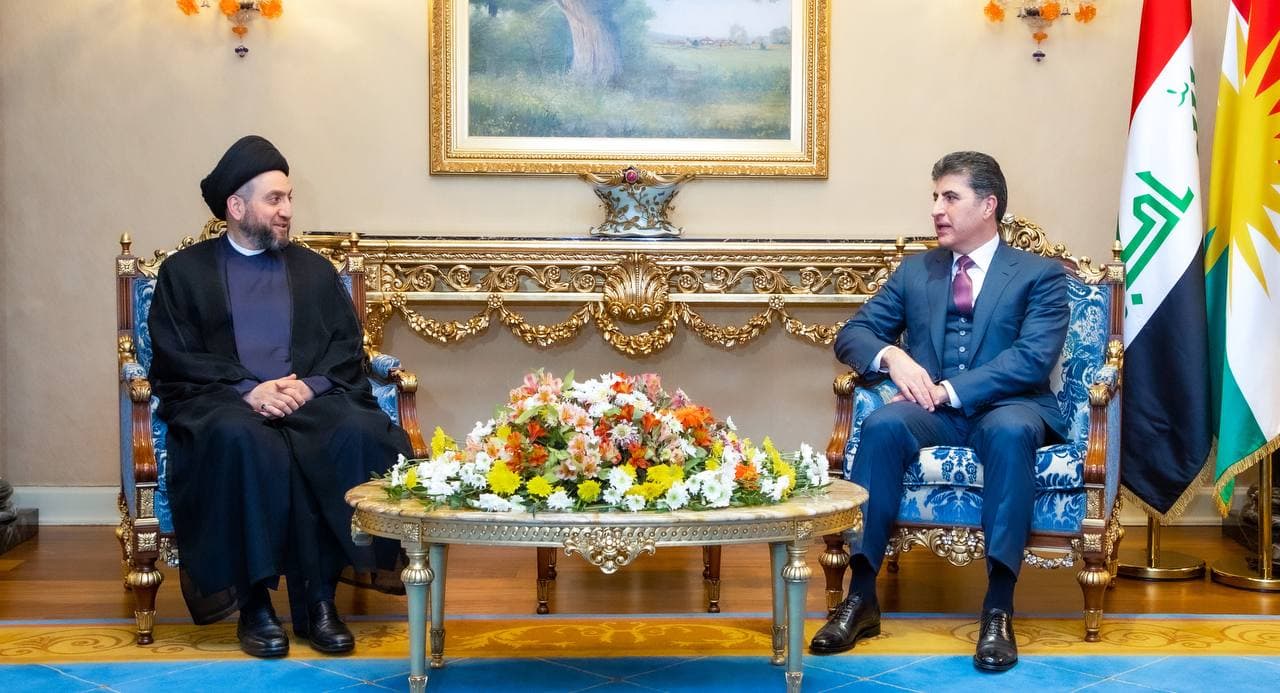 In a statement, Al-Hakim said that both sides discussed the ties between Baghdad and Erbil and the latest developments in Iraq, especially the stage after announcing the preliminary results of the elections.

According to the statement, Al-Hakim also met with the Kurdish leader Masoud Barzani and discussed the political and security developments, as well as the upcoming challenges.

It is worth noting that Ammar al-Hakim had arrived yesterday in Kurdistan and participated in the "Middle East Peace and Security (MEPS) Forum " in Duhok organized by the American University of Kurdi.