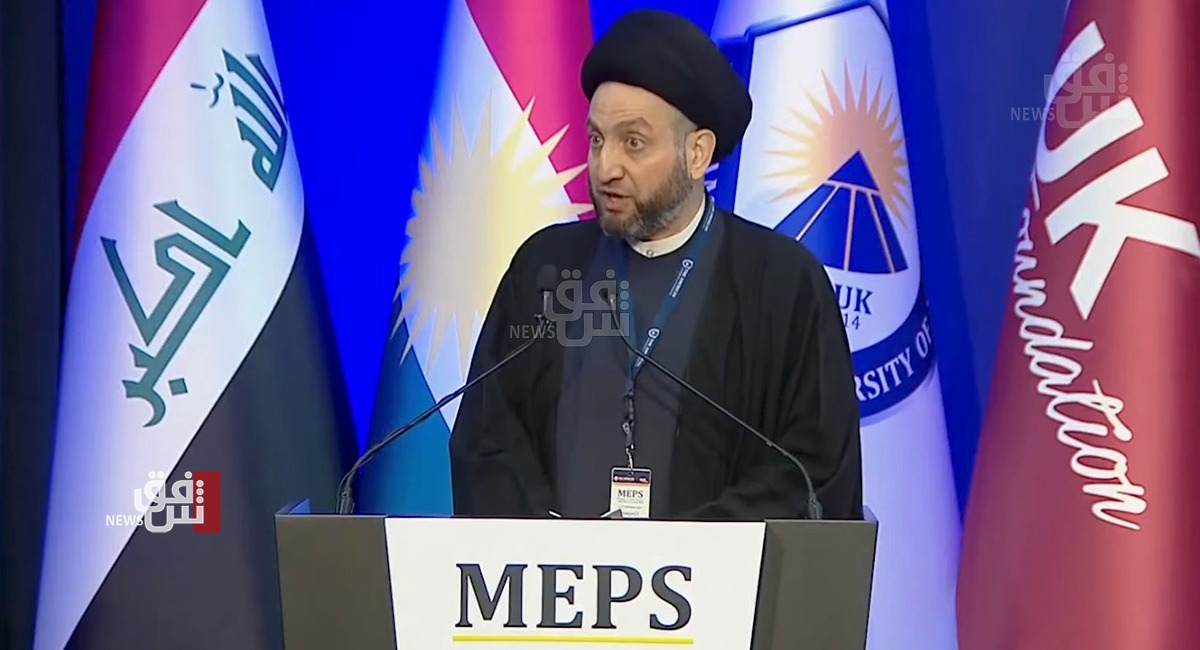 Shafaq News/ The leader of al-Hikmah (Wisdom) Movement, Ammar al-Hakim, launched today an initiative that brings all Iraqi parties together.

This came during its speech at the Peace and Security Forum in the Middle East, hosted by the American University of Kurdistan, in Duhok.

Al-Hakim called for a "national and expanded political initiative that brings together the winning forces in the elections, with the forces accepting or opposing the election results."

He stressed the need for an independent national dialogue away from foreign interference, and to address all electoral premises and outcomes in any future agreement.

In addition, he urged, "to show flexibility, containment, and reassurance to the parties participating in the negotiation, and to respect the options of the parties that wish to participate or oppose the government or parliament."

"This agreement needs awareness and sacrifices by all parties, away from harming the rights of the winners and jumping over the demands of the opponents", he added.